Why be a Cape May MAC volunteer?

Volunteering at Cape May MAC allows you to meet new people and make a contribution in helping the Cape May region thrive. Cape May MAC is one of New Jersey’s leading cultural and heritage organizations.

Whether giving out information at our festivals, offering skills as a volunteer in our offices, or taking tickets at our Music Festival or other events, your time and talent have a huge impact in helping carry out our preservation, interpretation and cultural enrichment missions!

Those who achieve Platinum (150 hours or more) Gold (100 to 149 hours) or Silver Awards (50 hours to 99 hours) receive free admission to a variety of tours, including Crafts & Collectibles Shows and the Cape May Music Festival Concerts. 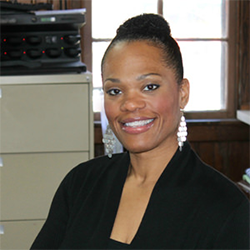 Meet our Manager of Volunteer Engagement

I came to understand Cape May MAC as one of New Jersey’s leading cultural and heritage organizations. Thankfully, due to their mission, we have tours and events that offer volunteers a wide range of options – depending upon their skill-sets, interest and availability. I took my background of nearly two decades managing people in the private sector and spending nearly two years volunteering at various organizations in Cape May, and believed I could make those two experiences meet and create a well-thought-out experience for current and new volunteers. I love people and it is a joy to learn about their various backgrounds, interest and abilities. As I manage volunteer engagement, I strive to match the volunteers with opportunities that will be a delight and make their time at Cape May MAC memorable. I hope you can join us!

Volunteers of the Month 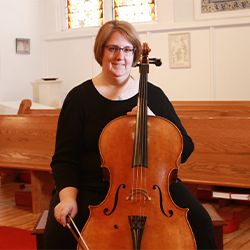 Brenda Leonard of North Cape May, N.J., has a doctorate in musical arts, is a classically-trained professional cellist who generously shared her expertise and extraordinary musicianship with Cape May MAC as a presenter and educator in this winter’s Lunch & Learn program. She presented a special musical outreach program Jan. 29, consisting of a lecture about and mini-concert of Bach’s Cello Suites, which was exceptionally well-attended and well-received. Director of Cape May MAC’s Museum Education Division Melissa Palmer nominated her as Volunteer of the Month for her very engaging presentation, as well as for her assistance as an educator 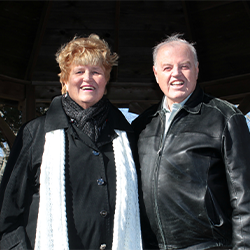 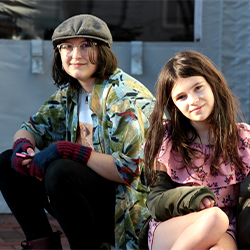 Sophie, 13, and Lily, 10, Palmer, of Cape May Court House were nominated by Cape May MAC’s Chief Outreach Strategist Mary Stewart. They patiently help youngsters with crafts projects and pitch in enthusiastically. They also have helped Cape May MAC by joyfully portraying Christmas-themed characters during Cape May MAC’s Holiday Tree Lighting Ceremony at the Emlen Physick Estate, on Nov. 23. 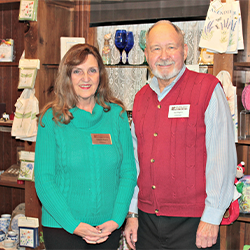 Vivianne and Don Rogers, of Cape May, were nominated by Cape May MAC’s Volunteer Manager Ayeshah Dickerson. “Don and Vivianne have been specifically asked to volunteer by our partners, REV Theater, during the summer theater productions on the grounds of the estate, thanks to their effectiveness and enthusiasm this year and in years past,” said Dickerson. “They both have been so reliable for the many tasks that we ask of them, I thought they clearly deserved to be recognized. They are truly such great ambassadors in the community. 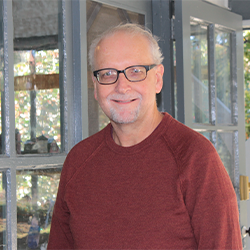 Chris Dubois, of Cape May, was nominated by Cape May MAC’s Volunteer Manager Ayeshah Dickerson, for his steadfastness, reliability and willingness to take on leadership roles as a volunteer.  “Chris has been a house manager for two major Cape May MAC house tours in the last year, as well as putting in time as a volunteer for Cape May MAC’s outdoor festivals. He is a wonderful asset to our team of volunteers,” said Dickerson 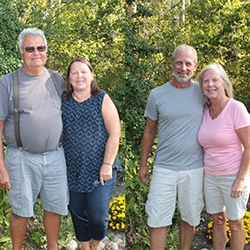 From left, Joe and Cathy Noll, of North Cape May, N.J. and Kathy and Dave Morais, also of North Cape May, were nominated by Cape May MAC’s Volunteer Manager Ayeshah Dickerson for their steadfastness and reliability in helping during fund-raising events for the organization, especially the annual outdoor festivals held on the grounds of the Emlen Physick Estate. 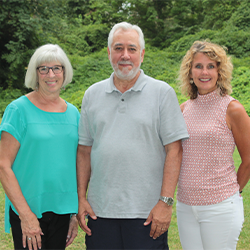 Tina Angstadt, Jim Del Grosso and Jill Bremer, of Cape May, N.J. (and Jan Dwyer of West Cape May, N.J., not shown), were nominated by Cape May MAC’s Benefit House Tour Manager, Ayeshah Dickerson, for their enthusiasm and skill as volunteer house managers during the Cape May Spring Designer House Tour.  The house managers keep visitors flowing through the houses and answer questions from other volunteers stationed throughout. 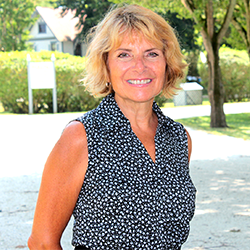 Donna Flegal was nominated by Cape May MAC’s Chief Outreach Officer Eliza Lotozo, Director of Media Relations Susan Krysiak and Publications/Website Manager Leslie Weidel nominated Flegal especially for her hard work in helping publicize Cape May MAC events. Donna is a retired IT Specialist and joined MAC as a volunteer this spring. She has helped Cape May MAC’s publicity efforts greatly by submitting dozens of Cape May MAC events to a variety of media publications and non-media organizations via their online calendars. 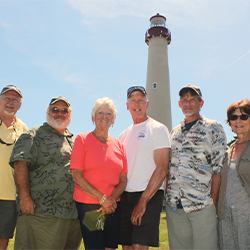 Photography Club of Cape May 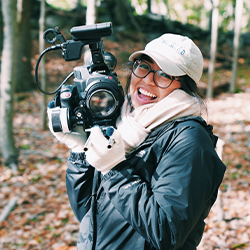 Ana Grace Fangayen, of Cape May Court House and New York City, was nomincated by Cape May MAC Director of Media Relations, Susan Krysiak, for creating a promotional video interviewing Professor Natalia Mehlman Petrzela, to promote Cape May MAC’s Lessons of History Distinguished Lecture Series in 2018. A graduate and valedictorian for her class at Middle Township High School, Fangayen earned her BFA in May this year in Film and Television Production from the Tisch School of the Arts in New York. 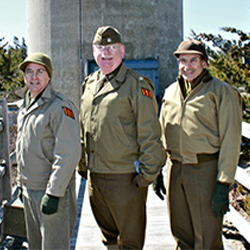 From left, Joel Gonzalez, Col. Shawn Welch and Paul Cusano, members of the Army Grounds Forces Association based at Sandy Hook Lighthouse, Fort Hancock, N.J., traveled to Cape May and met with Cape May MAC’s Registrar Ben Ridings at the World War II Lookout Tower (Fire Control Tower No. 23), Sunset Boulevard in Lower Township, N.J., on Saturday, March 23, 2019. The three gentlemen spent the morning installing a World War II, EE-91 telephone on the first floor of the tower, and connecting it with a historic telephone previously installed on the top (sixth) floor of the tower. 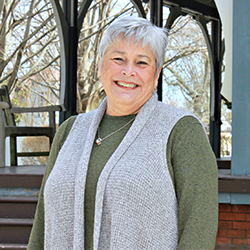 Carmen Alessi, of Cape May Beach in Lower Township, N.J., was nominated by Cape May MAC Director of External Affairs Eliza Lotozo for her volunteer work translating and then recording audio for the Spanish language version of MAC’s Self-guided Audio Tour of the Physick Estate. Now retired, Alessi taught Spanish at Sea Isle City Public School for six years and at Lower Cape May Regional School District for over 18 years. Alessi is an active volunteer with her church, spends time with her family, and keeps a small business with two former colleagues.